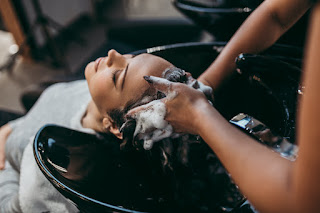 In many cultures, including Hindu culture and among the Wayana people of the Guiana highlands, young people have historically shaved off their hair to denote coming-of-age. Women in India historically have signified adulthood by switching from wearing two braids to one. Among the Rendille of north-eastern Kenya and the Tchikrin people of the Brazilian rainforest, both men and women shave their heads after the death of a close family member. When a man died in ancient Greece, his wife cut off her hair and buried it with him, and in Hindu families, the chief mourner is expected to shave his or her head 3 days after the death.